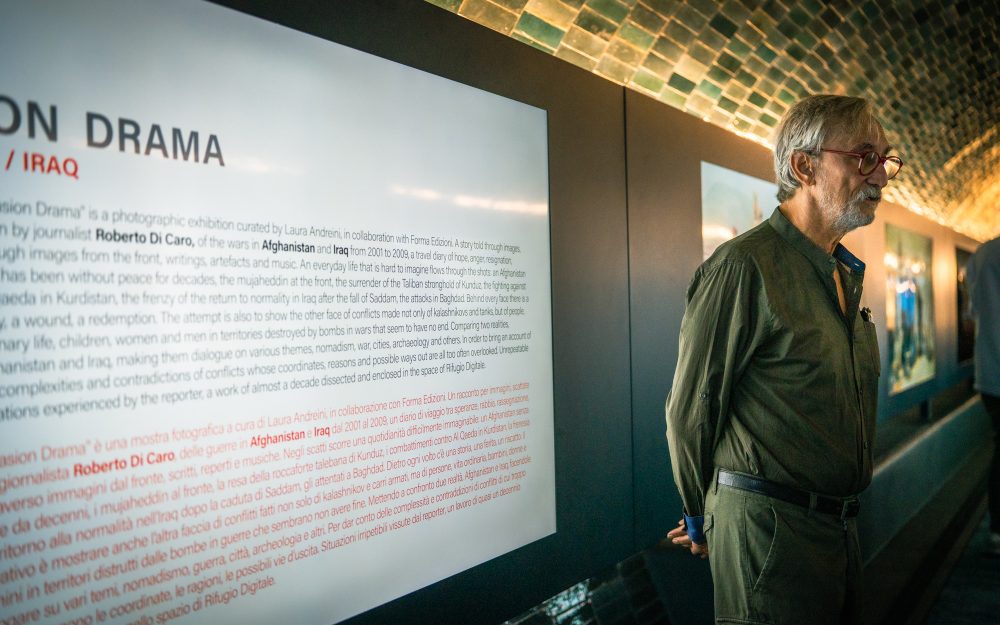 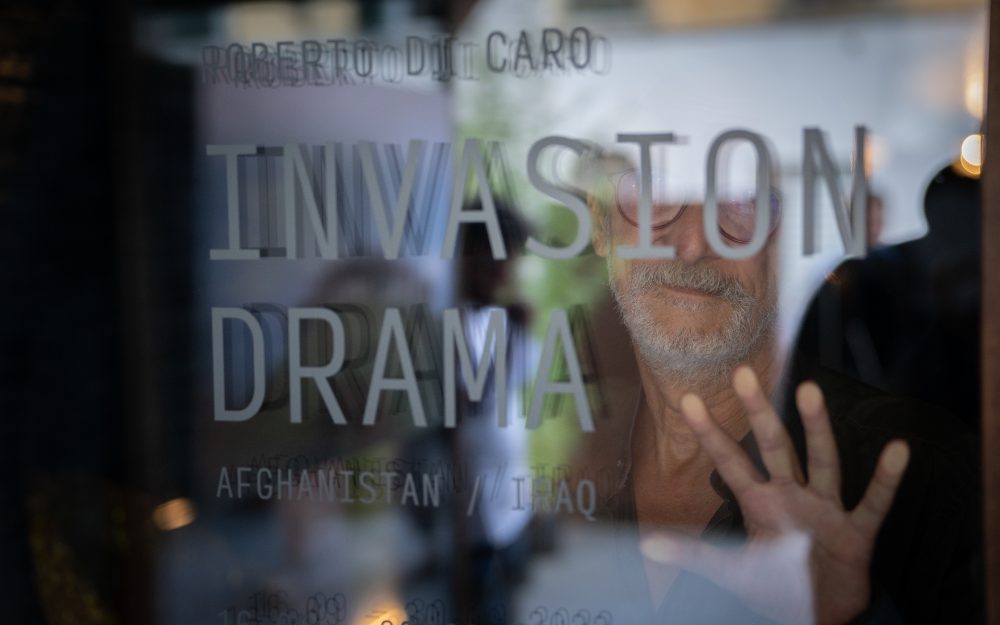 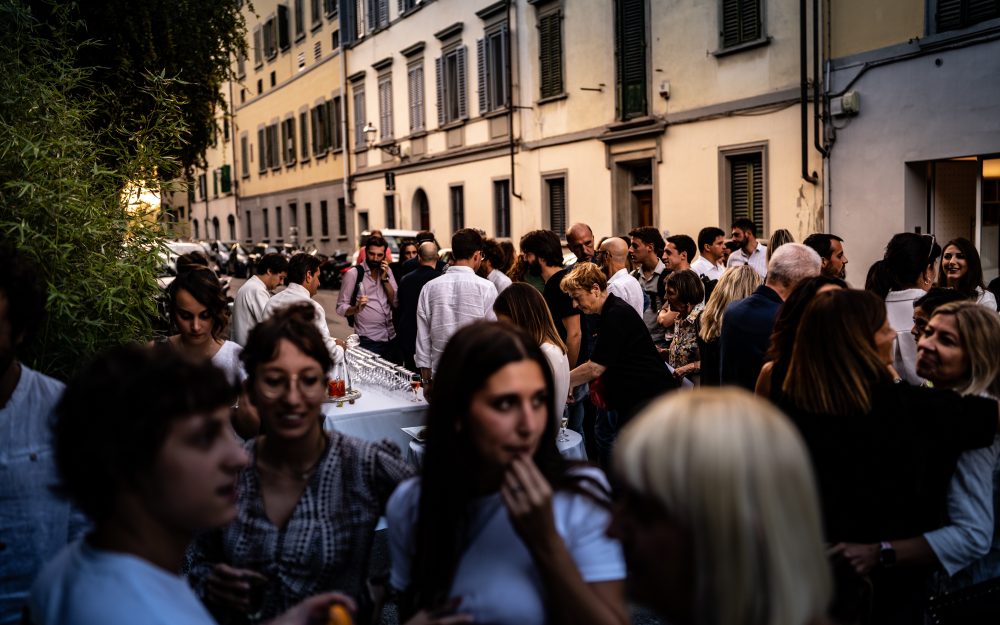 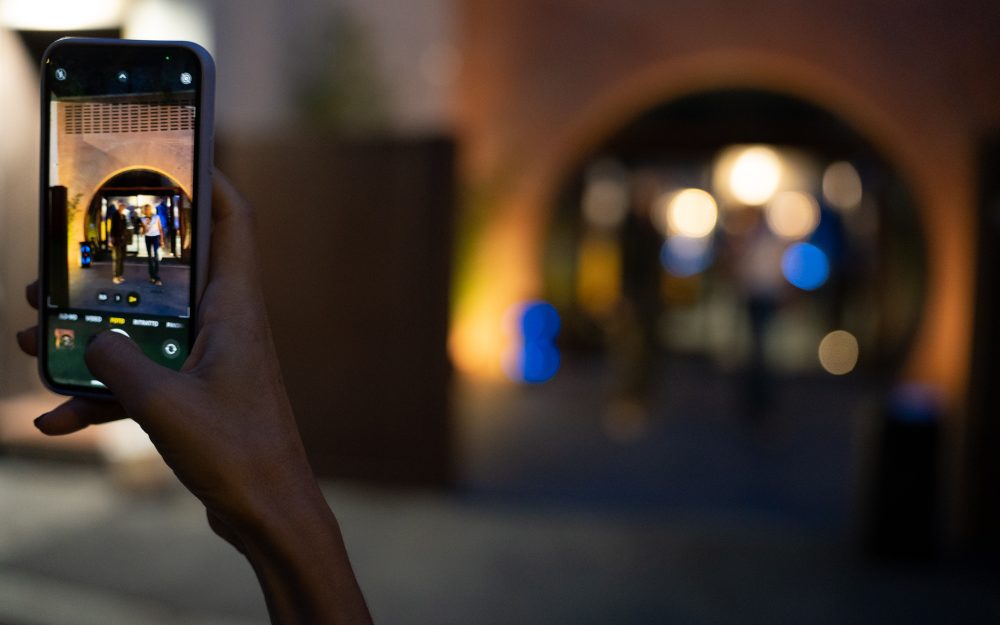 From Sept. 16, 2022 Rifugio Digitale hosted Invasion Drama, a photography exhibition by weekly L’Espresso correspondent Roberto Di Caro, curated by Laura Andreini. An account of the wars in Afghanistan and Iraq from 2001 to 2009, a travelogue of hopes, anger, resignation, through images from the front, writings, artifacts and music. With two texts by Franco Farinelli, distinguished geographer, and Uliano Lucas, doyen of Italian reportage photography. An everyday life that is hard to imagine flows through the shots: an Afghanistan that has been without peace for decades, the mujahideen at the front, the surrender of the Taliban stronghold of Kunduz, the fighting against Al Qaeda in Kurdistan, the frenzy of the return to normalcy in Iraq after the fall of Saddam, the attacks in Baghdad. Behind each face is a story, a wound, a redemption. The attempt is also to show the other side of conflicts made not only of Kalashnikovs and tanks, but of people, ordinary life, children, women and men in territories destroyed by bombs in wars that seem to have no end. By comparing two realities, Afghanistan and Iraq, making them dialogue on various themes, nomadism, war, cities, archaeology and others. To give an account of the complexities and contradictions of conflicts whose coordinates, reasons, and possible ways out are too often missed. Unrepeatable situations experienced by the reporter, a work of almost a decade dissected and encapsulated in the space of Refugio Digitale.

A photograph can live many lives. Depending on who sees it, how long ago it was taken and perhaps, above all, the way in which it is shown. That is what happens to these pictures, taken by Roberto Di Caro all of twenty years ago during his work as a correspondent journalist for L’Espresso from the hot-spots of the new millennium: Afghanistan, Kurdistan, Iraq, complex war zones that would redraw the geopolitical scenario for the years that followed. They were taken as notes by a reporter who loved photography and annotated his impressions of a distant, difficult world with his snapshots: meetings, sensations, contrasts, the realities of war and moments of daily life. They weren’t meant to be published: they can be viewed without contributing to a story, not linked to the news, not intended to cause a sensation, the way photographs from war zones are often required to do. They were occasionally used at the time to accompany the articles, and then never seen again, kept for years among the working materials of the journalist. Today they have found a new way to reach the world, new functions and reasons. They speak to us and question us in new ways. In 2019, an exhibition held in Bologna and a book wove them into fragments of articles and letters, painting a fresco of the reality of countries visited, through an intelligent mingling of words and pictures, allowing the viewers to see a common mode of narration made by brushstrokes, brief but intense descriptions of situations, meaningful, encompassing and free of rhetoric. The journalistic narrative becomes a literary story, accompanied by the visual counterpoint of photographs whose colors have begun to fade with time. The new video montage of the photographs on exhibition here takes us back to another plane of communication. It speaks to us with the language of empathy and immersion, opening the pictures to voyages of our imagination. What the story loses in information it gains in pathos. Through multiple exploration within each photograph, zooming in and out the way movie film editors used to do, and is now even easier with digital video-editing, we move within the image that reveals other photos in the photo, faces, expressions, landscapes and details. A skillful project of re-elaboration in film of the photograms, exploring all the spaces, lighting and actions depicted in an image, calling attention to the places and situations we might have overlooked, giving the photograph the gift of movement. It’s a reinvention of the photograph, a story that needs no text to be complete, but that has a life of its own, placing us alongside the photographer in the places he experienced, in the midst of harsh landscapes and people very distant from our culture, mentality, economy. The distance in time from what happened then, also enables us to redefine the function of the pictures: from historic documents and testimony to storytelling that is first literary and then cinematographic, with all the possible twists of meaning, the limits and potential that this repositioning implies.

IN THE EYE OF THE CYCLONE, Franco Farinelli

“Invasion Drama” is a photographic exhibition curated by Laura Andreini, in collaboration with Forma Edizioni. A story told through images, taken by journalist Roberto Di Caro, of the wars in Afghanistan and Iraq from 2001 to 2009, a travel diary of hope, anger, resignation, through images from the front, writings, artefacts and music. An everyday life that is hard to imagine flows through the shots: an Afghanistan that has been without peace for decades, the mujaheddin at the front, the surrender of the Taliban stronghold of Kunduz, the fighting against Al Qaeda in Kurdistan, the frenzy of the return to normality in Iraq after the fall of Saddam, the attacks in Baghdad. Behind every face there is a story, a wound, a redemption. The attempt is also to show the other face of conflicts made not only of kalashnikovs and tanks, but of people, ordinary life, children, women and men in territories destroyed by bombs in wars that seem to have no end. Comparing two realities, Afghanistan and Iraq, making them dialogue on various themes, nomadism, war, cities, archaeology and others. In order to bring an account of the complexities and contradictions of conflicts whose coordinates, reasons and possible ways out are all too often overlooked. Unrepeatable situations experienced by the reporter, a work of almost a decade dissected and enclosed in the space of Rifugio Digitale.

It is an attitude of the body and a state of mind: you can read it in the faces of the refugees who return on camel back to their villages, in the features of the mujahideen who go mocking the battle, in the gait of women and children in the light of the desert.

At the Kunduz front the mujahideen shoot, kill, die, but it is Ramadan, no one eats, drinks, smokes until sunset. The surrender of the mullah and six hundred Taliban is a simple changed sides. Von Clausewitz would turn in his grave, but this is their war, not his.

Prisoners, the last who chose to fight: but no revenge from the crowd, no lynching attempt. Killed, the foreigners of Al Qaeda: but even for them there is respect, looks without hatred, a blanket to hide their bodies.

When you are born inside an endless war there is no distinction with the everyday. You play on a tank carcass, murals show you mines to avoid, on the front line little girls shell rice put out to dry on the road.

Prisoners, the last who chose to fight: but no revenge from the crowd, no lynching attempt. Killed, the foreigners of Al Qaeda: but even for them there is respect, looks without hatred, a blanket to hide their bodies.

At the fall of the Taliban, a chaotic metropolis of two million inhabitants close to the mountains, rows of yellow taxis, the tingling of commerce, booksellers among the signs of destruction, beggars, bazaars on the shores of smelly waters. In 2005, first elections, women in parliament.

Musalla minarets, the Friday Mosque, the fortified Citadel whose origins date back to Alexander the Great. Repeatedly sacked, destroyed by Tamerlane, it was his son Shah Rukh who made the city of Herat “the Florence of the East,” capital of arts and commerce.

A correspondent of the weekly magazine L’Espresso, winner of the Ecole Instrument de Paix ‘for information in defence of human rights’, he has followed some of the main international crises of the past decades, Iran, Russia, Ukraina, Caucasus, Turkey, Pakistan, Sudan, Haiti. In 2001 the conflict in Afghanistan on the Northern Alliance front, in 2003 the war in Iraq and the convulsive post-war period. He teaches Reportage at the master’s degree in journalism at the Alma Mater in Bologna.

A people, first of all: language, traditions, customs, clothes. Fierce and proud. Respectful of women. Tolerant. Combative. Internally quarrelsome, it is true. Mocked by history, oppressed by enemies, betrayed by friends, even today. And never recognised by anyone.

Fratricide. Sectarian. Of invasion. Between foreign powers on Iraqi soil. To overthrow a tyrant, of course, but without knowing what to do next, how to move in a complex society, how to build an acceptable democracy, in short how to win the peace.

Saddam Hussein, the father of the fatherland, the leader, the victorious, hailed on walls, in stone mausoleums, even on fashionable clothes. In one day, shot down, obliterated, mocked: a devil in earrings, the ace of spades in the deck of the wanted.

Iraqi dinars are worthless, they are exchanged by weight. Six dollars for 20 litres of petrol, 100 for a Kalashnikov, the stock exchange closed for a year. In the streets people live, demonstrate, die in attacks. Between controls and barbed wire.

Of boys precociously indoctrinated into jihad. Of women protesting and others fighting. Of girls celebrating the liberation of Kirkuk. Of fathers and sons and venerable elders. And of actresses playing Camus in the stricken and still smouldering Rashid Theatre.

Deserted, in the early days of the American occupation. Suddenly chaotic again, swarming with trade and commerce from the Tigris River to the “thieves market”. The queues for cards and subsidies. And the distribution of drinking water, which the mullah claims is “poisoned by infidels”.

Artefacts at the mercy of thieves in Baghdad museum. Plundered by marauders Ur, the birthplace of civilisation. Blown up by Isis, temples and walls of Nineveh, the Assyrian capital, and of the Seleucid Hatra. In Samarra, the golden dome of the Shiite mosque of Al Askari was destroyed by sunni terrorists. 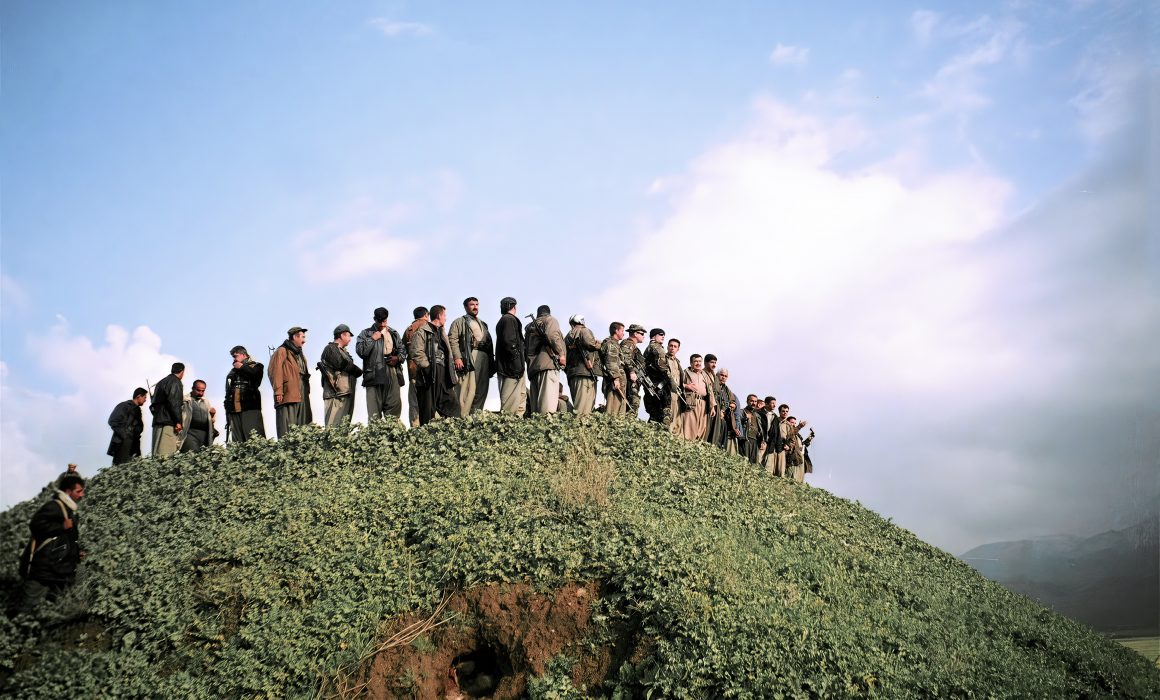