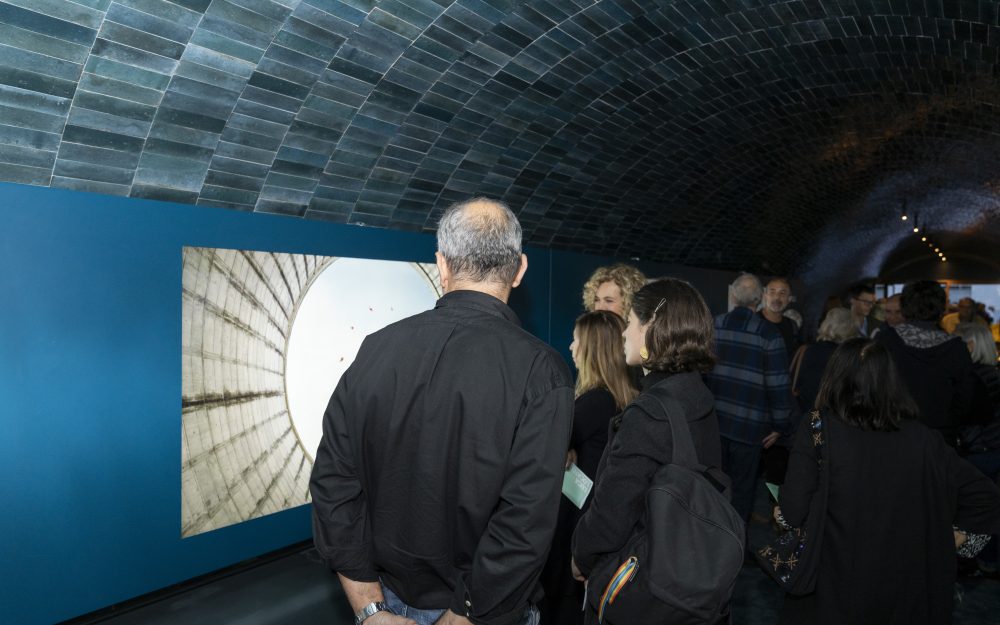 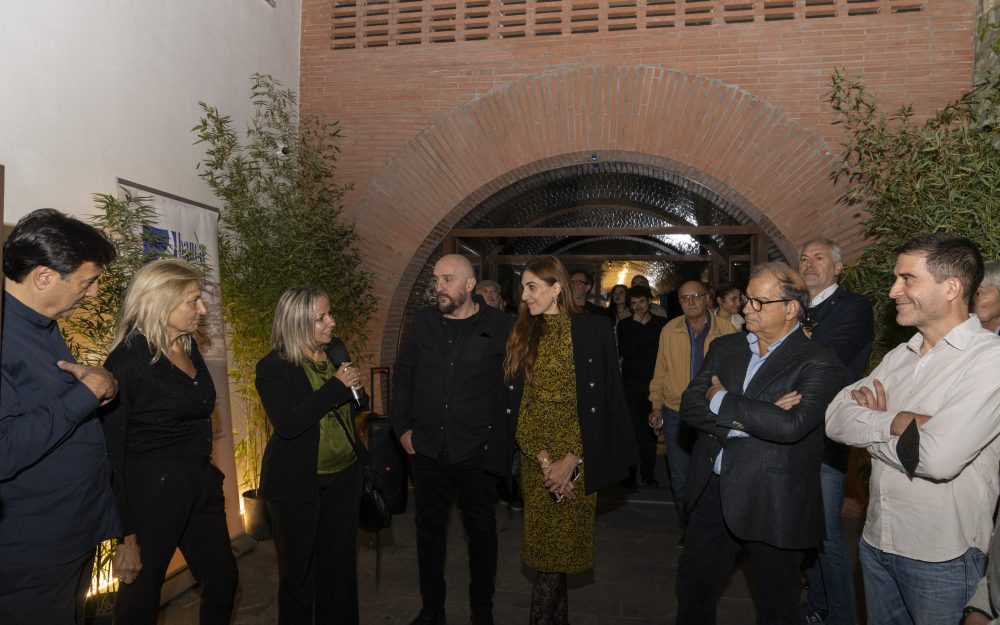 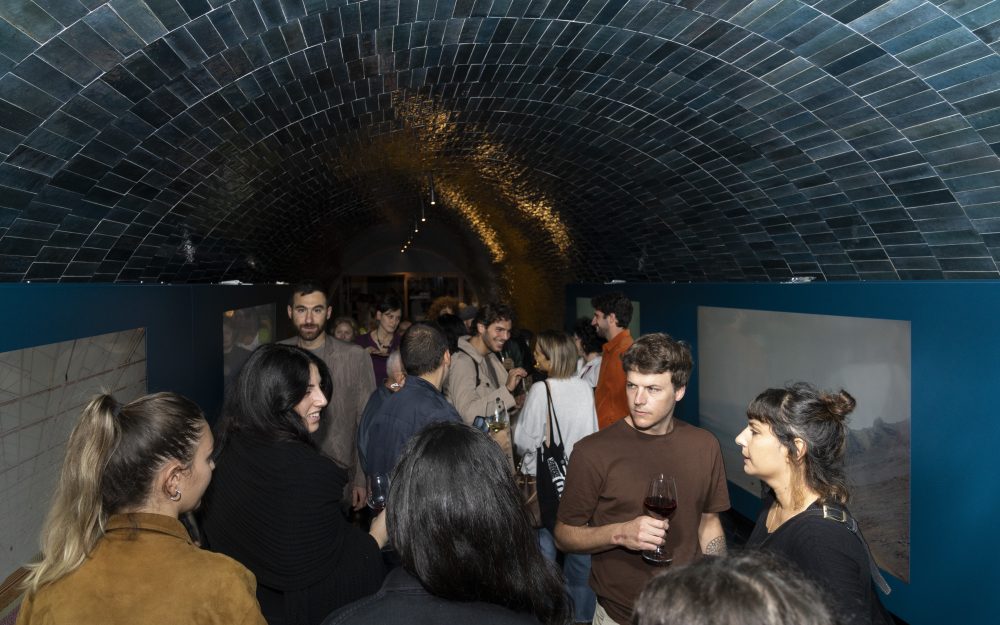 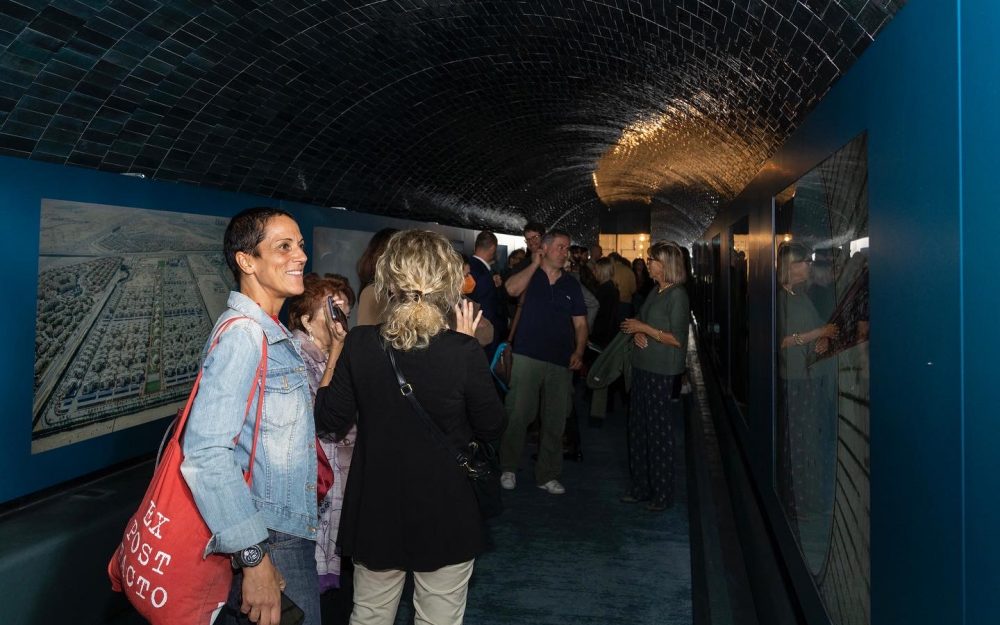 The photographic work can be purchased in two format on the Forma Edizioni website at the following link:
SHOP PHOTOS

The NFTS of the videos on display can be purchased on the platform KnownOrigin at the following link:  SHOP NFTS

In Kalkar, Germany, a nuclear power plant’s cooling tower has been transformed into a “vertical swing” for an amusement park. One flies through the air, the details of the sky and fields of the Rhineland a blur in the background, around and around. In Copenhagen, Denmark, an incinerator that can burn 70 tons of waste every hour produces zero emissions. Its green roof is open for trekking, and skiers slalom down its sides. In the midst of the Baltic Sea, there is a forest whose branches spin in the wind: a wind farm producing renewable energy. These are not utopias. They are the seeds of our future, already firmly rooted in the present. It is just this unbroken line between today and tomorrow that Luca Locatelli, one of the most awarded and published Italian photographers on the international scene, has focused his lens on, exploring the places in which the symbiosis between man, nature and technology work together to develop solutions for the future of humanity. For a very long time, our future has been the territory of utopic visions based on progress. But, while progress has enabled us to overcome many of the problems that have plagued mankind through the centuries and has enabled us to product more food, medicine, energy and raw materials, its success has destabilized the ecological balance of the planet in many ways. It appears that, if it is true, as Yuval Noah Harari claims, that science is moving steadily closer to transforming Homo in Deus, it is precisely on this borderline that Homo risks losing himself. What are the goals at the top of the list of projects for humanity in the 21st century? What are the next steps we can take as a species? The urgency to respond to this question prompted Locatelli to travel on five continents, to visit the laboratories where research scientists promise to satisfy the needs of humanity with their discoveries, in lands in which tradition and mythology merge with advanced technology, all the way to the frontiers in which we test new ways of living and play with our evolution. His personal exhibition, Future Studies: visions from a possible tomorrow – the first exhibition in the SuperNatural cycle, where a number of the keenest photographic eyes on the international scene will succeed one another at Rifugio Digitale – is a selection from the photographer’s long-term project. It is a voyage among the people and places where science and technology are used to find the proper balance between man and the planet he inhabits, in an attempt to reduce our impact and redefine our presence in a more sustainable way. The idea for SuperNatural, imagined as a reflection that cuts across contemporary life touching on our relationship with space as much as the way in which we project ourselves in time, before a horizon that grows ever more uncertain, between epidemics and climate crises, is expressed by Locatelli in photographs and videos that, though firmly anchored in reality, generate the awe of science fiction. On the screens of Rifugio Digitale, the meeting place between art and technology, his pictures translate complex scientific truths into easily grasped images, opening windows onto worlds in which, in Locatelli’s own words, we can “reconnect that broken link between hope and future”, inviting viewers to develop an informed critical opinion and adjust to a change of pace, in search of a new equilibrium. 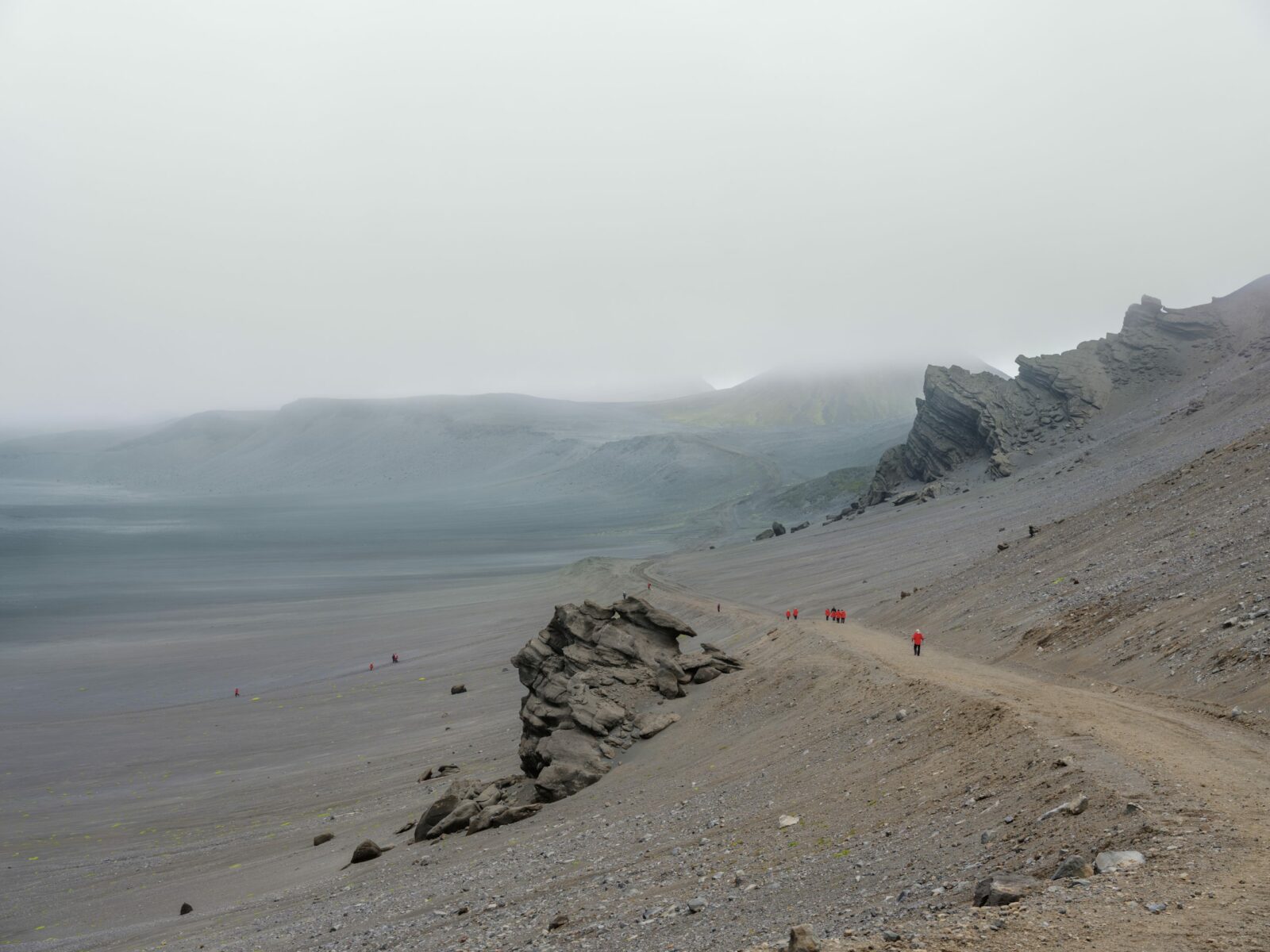 Visitors walking on the beach in Haugenstranda, Jan Mayen Island. Jan Mayen is a Norwegian volcanic island in the Arctic Ocean with no permanent population. It is one of the most remote places in the North Atlantic Ocean, halfway between Iceland and the island of Spitsbergen, the largest of the Svalbard archipelago. 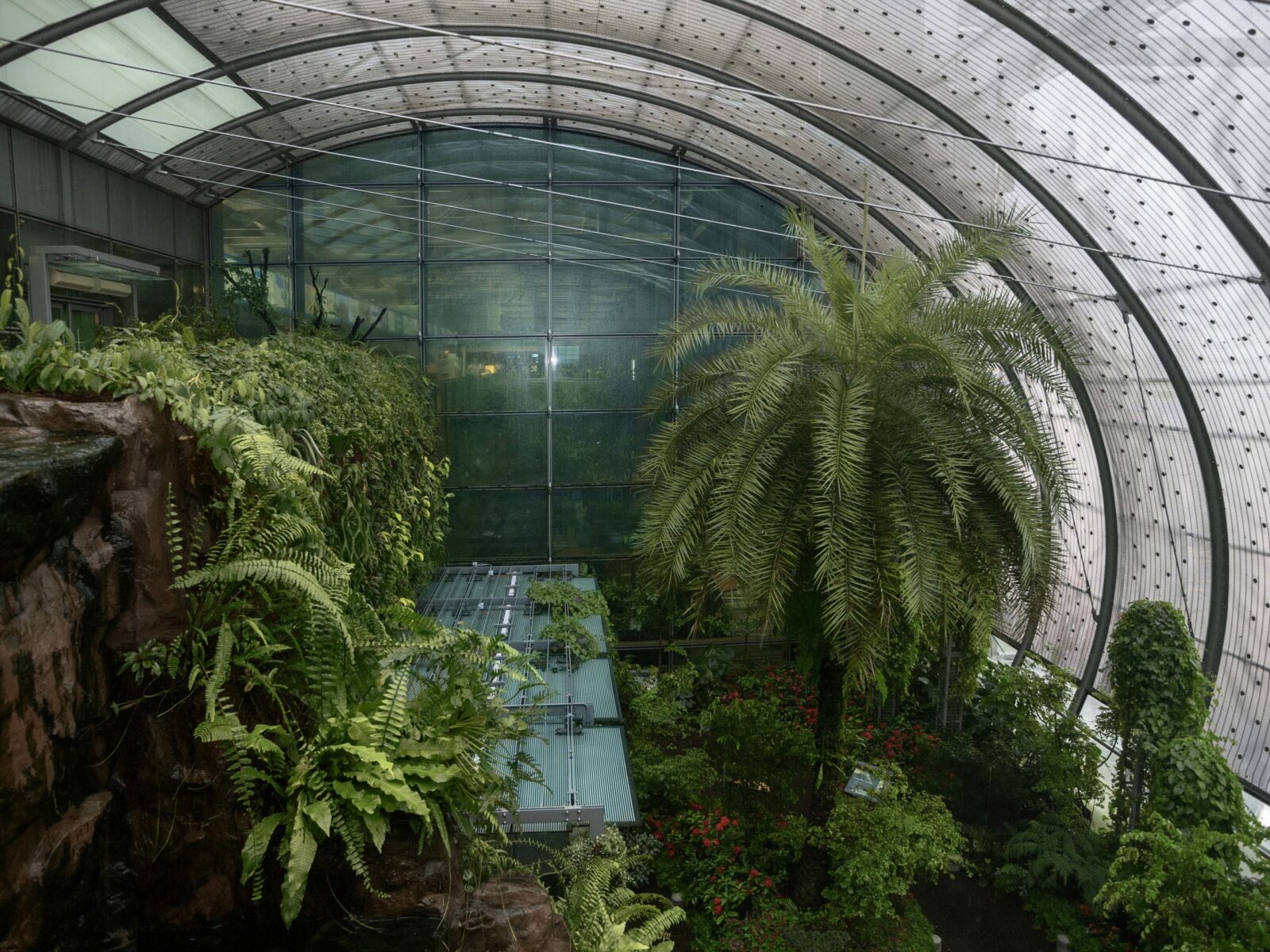 Indoor butterfly garden at the Singapore airport.  Singapore’s green urban transformation touched architectures and attractions all around the city. Changi Airport’s Butterfly Garden is an example of the green and sustainable attitude of Singapore. Following the vision of Mr. Lee Kuan Yew, the founder of Singapore, which endorsed the vision of ‘The Garden City’ back in 1965 that included the creation of national and community parks and initiatives for tree-planting. Singapore is a leading example in Asia and in the world for how to create business through sustainability, inside a metropolis. 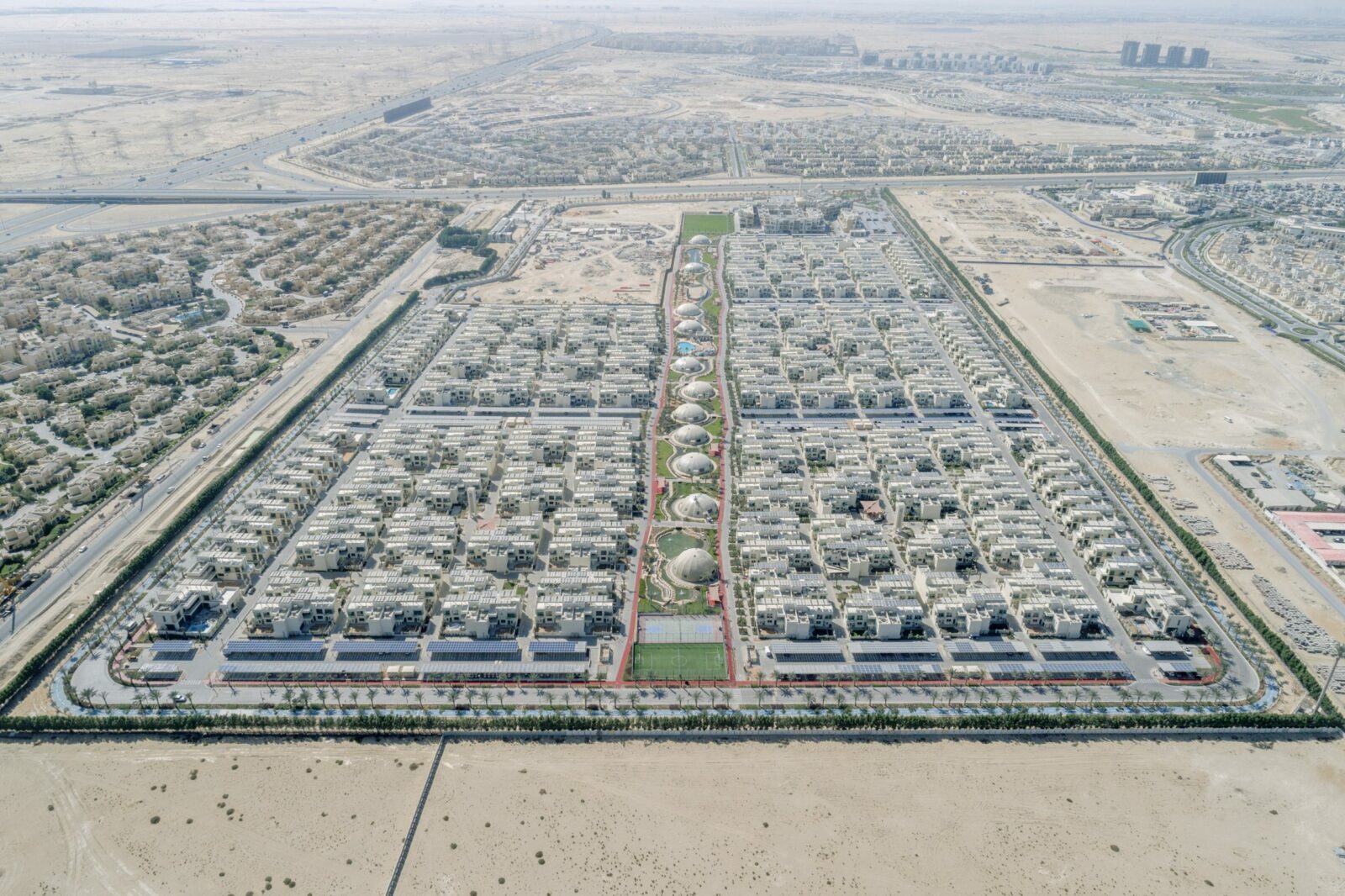 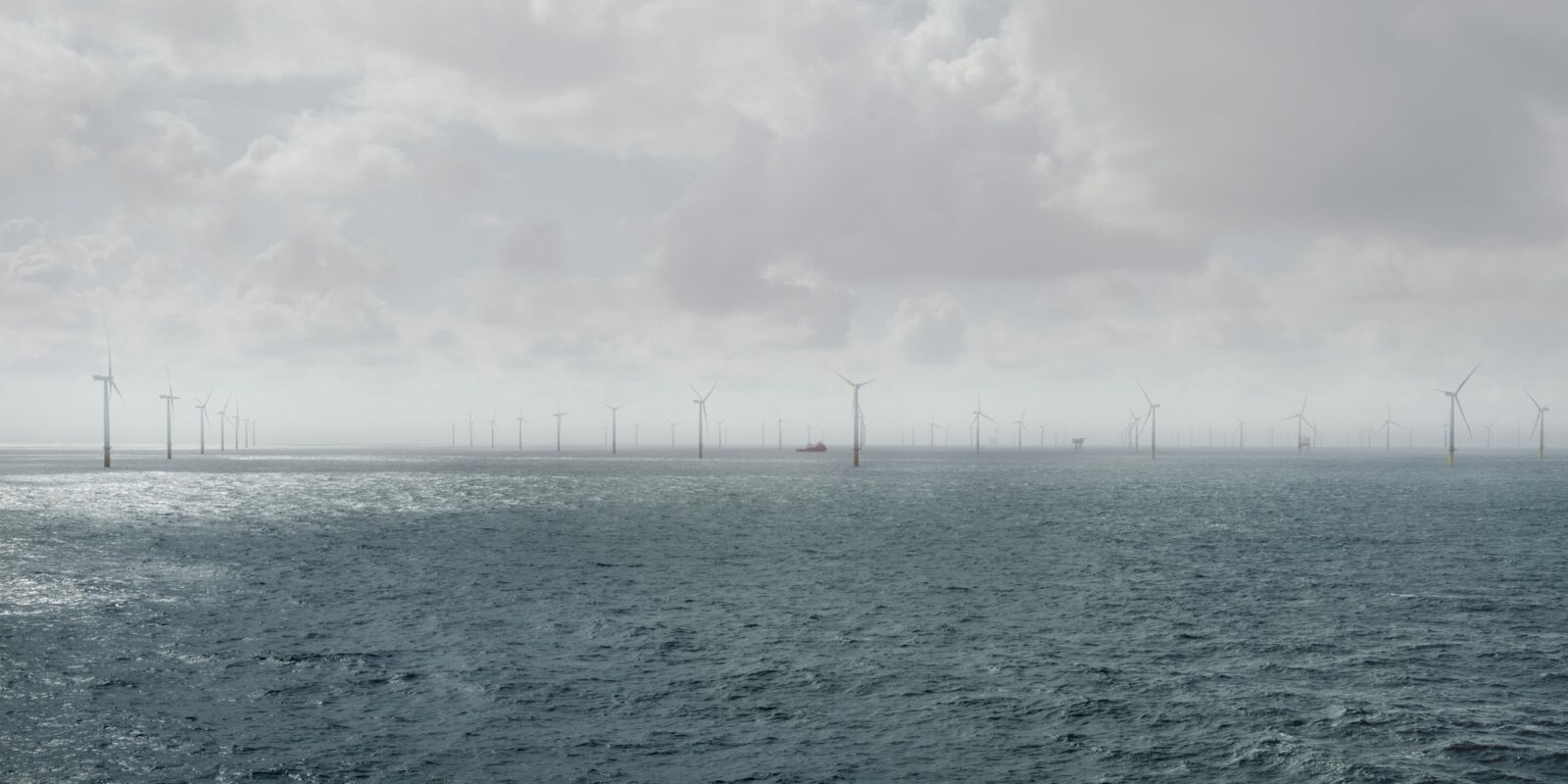 Dong Energy’s Borkum Riffgrund 1 wind farm sprawls out into the North Sea with 78 turbines. The farm can produce enough power for 320,000 German households. Wind farms in the Baltic and North Seas are the latest massive push by Germany for renewable energy in the effort to phase out coal as the country’s main power source. 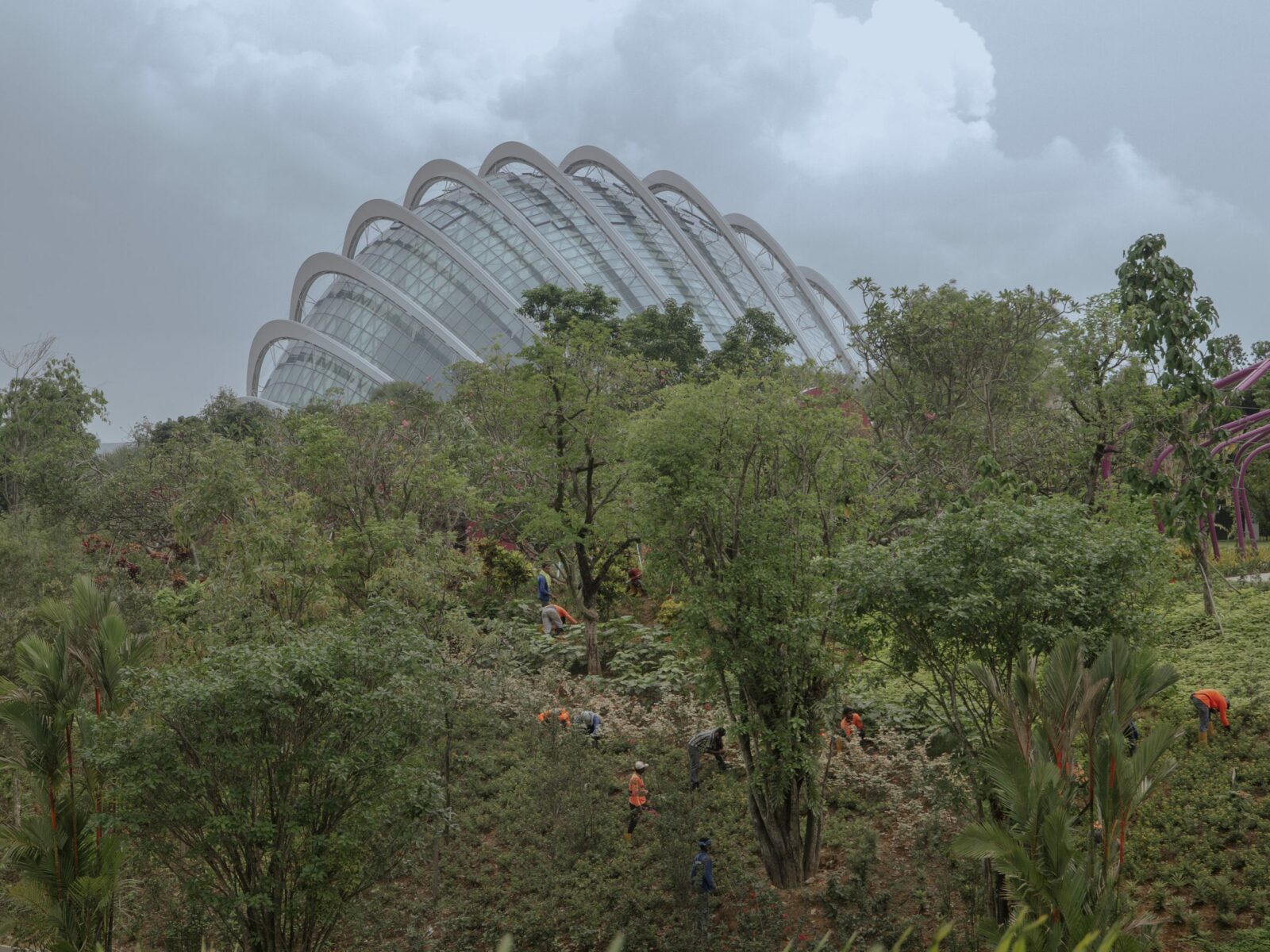 People plant trees at the Singapore Gardens by the Bay in 2011, just before the inauguration of the Flower Dome, the largest glass greenhouse in the world. 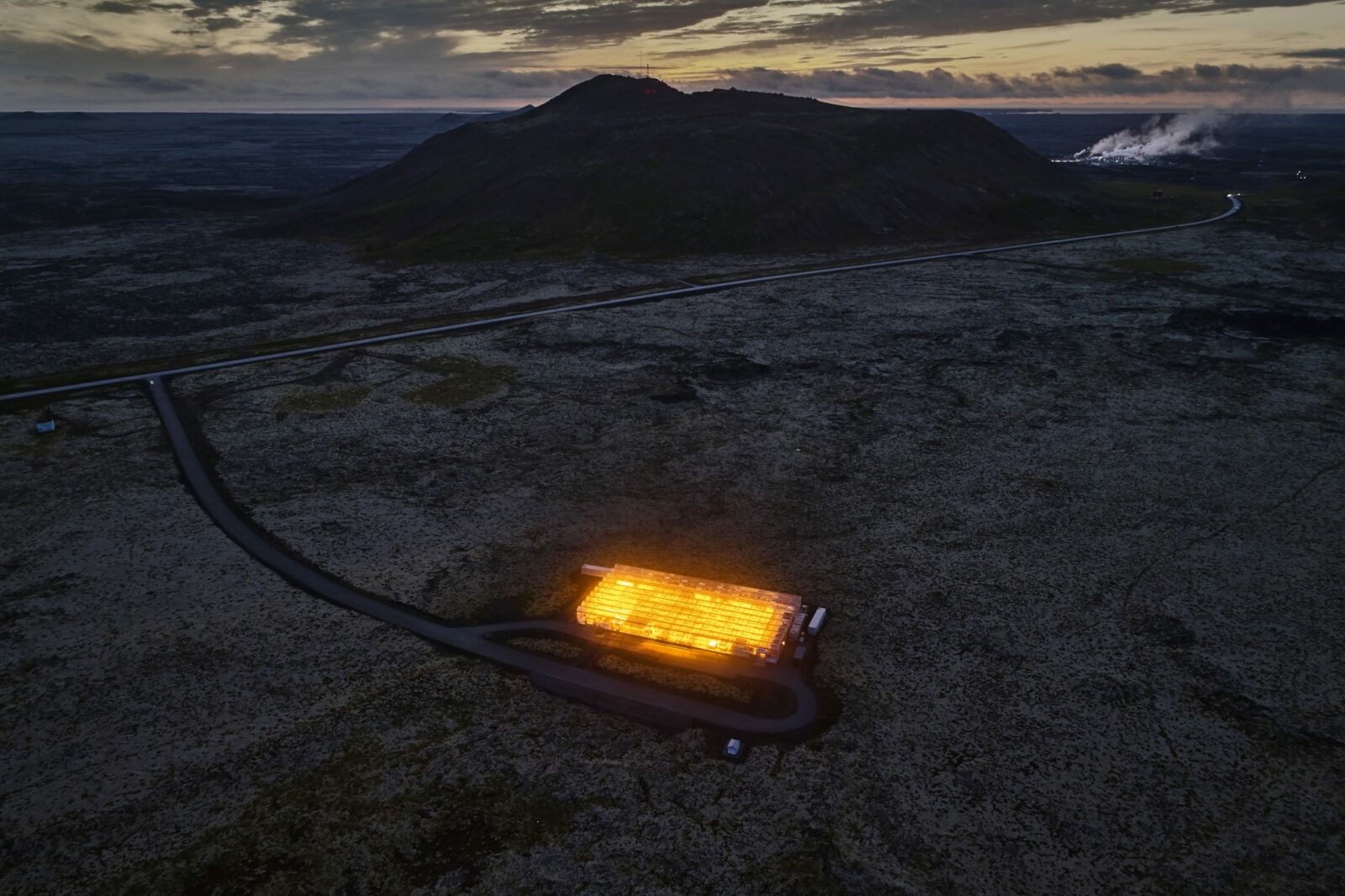 Geothermal energy warms this greenhouse in the lava fields of Grindavik, Iceland. Barley grown in inert volcanic pumice is genetically engineered to produce Epidermal Growth Factor (EGF), a protein that stimulates cell growth and which is used in luxury cosmetics. EGF has a market value of US$10,000 a gram. 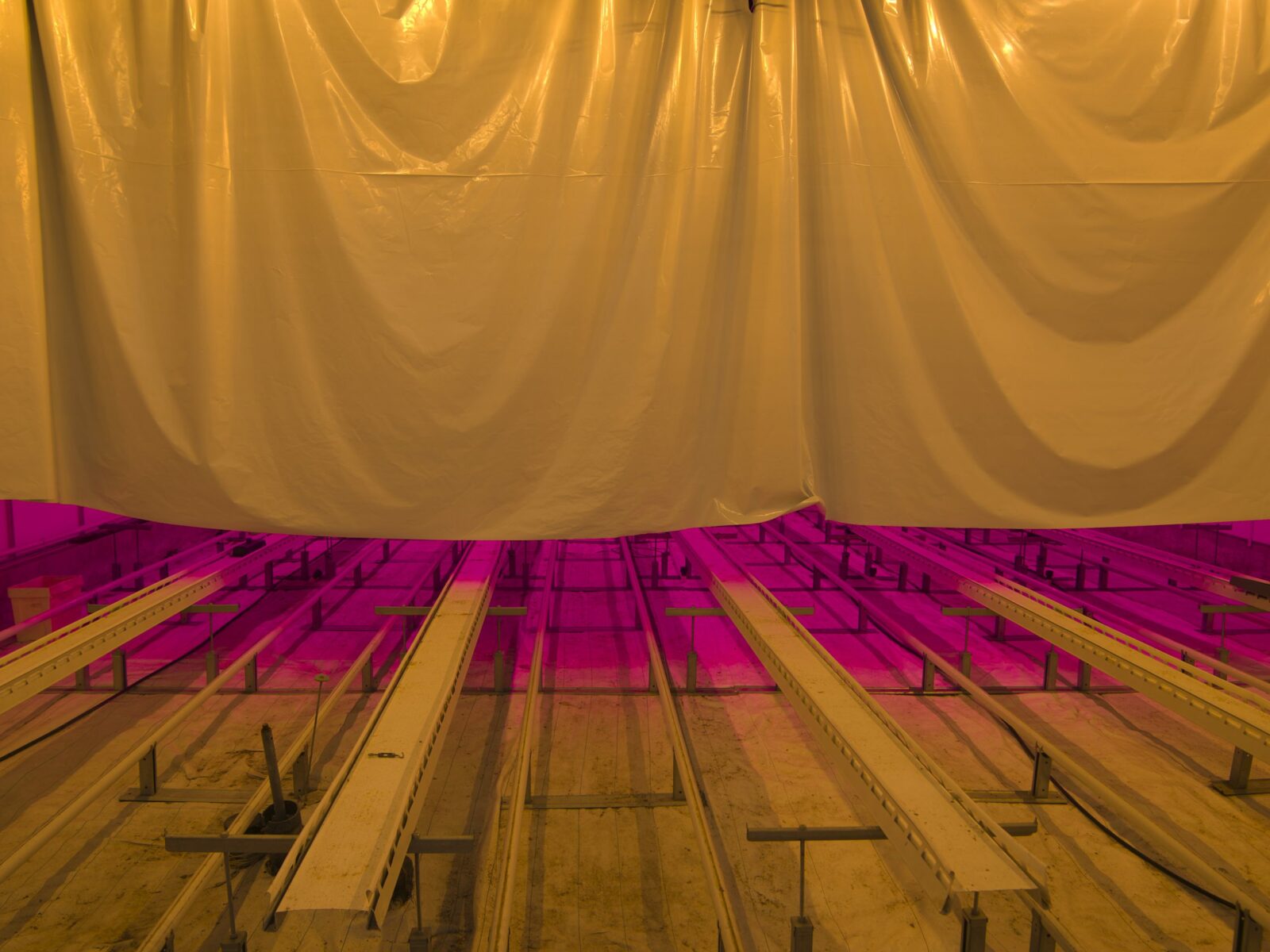 A view of an ultra high-tech greenhouse under construction. Thanks to quality seeds, LED lighting, sensors, and more, the greenhouse can produce, per hectare, ten times the quantity of traditional cultivation methods with about 90% less water. The planet must produce more food in the next four decades than farmers have harvested over the past 8,000 years. That’s because by 2050, the Earth will be home to as many as 10 billion people, up from today’s 7.8 billion. If massive increases in agricultural yield are not achieved, matched by massive decreases in the use of water and fossil fuels, a billion or more people may face starvation. Greenhouses could offer a real solution to humanity’s future needs. 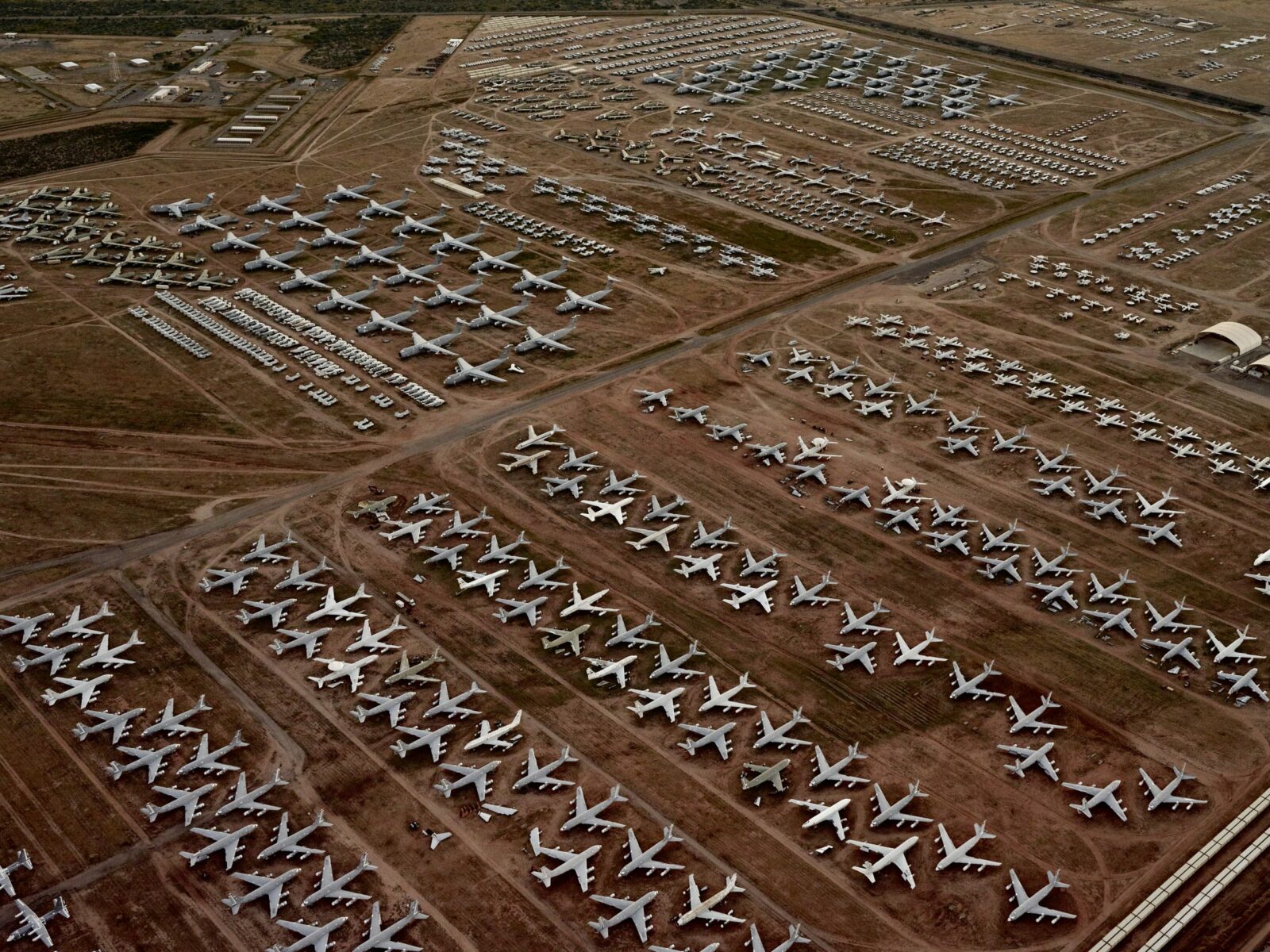 The dry desert climate in Arizona, USA, helps prevent corrosion and weather damage to aircraft stored at the 309th Aerospace Maintenance and Regeneration Group in Tucson. ‘The Boneyard’ handles nearly 4,400 decommissioned planes, dismantling them and reusing parts, or reassembling entire aircraft to be put back into service.  Precious parts are dismantled and reused in the Air Force fleet, and entire aircraft can be reassembled and put back into service. At the end of the life cycle, they can be scrapped for steel and aluminum recycling. 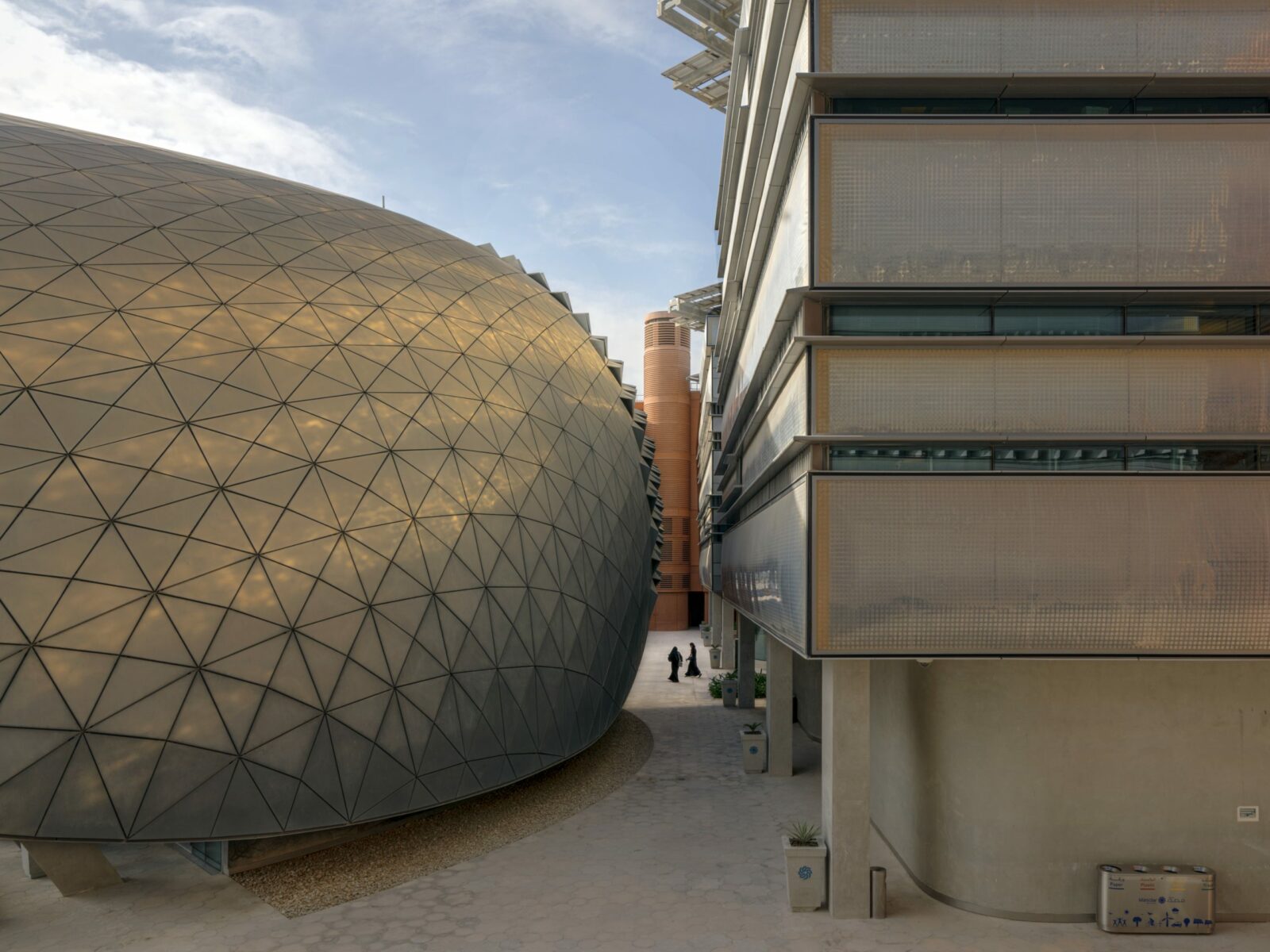 Masdar is technology-intensive city meant to be exemplary in its design and structure. Focused on sustainability and green urban living it is designed to host up to 50,000 people and 1,500 businesses. Designed by the British architectural firm Foster and Partners, the city is planned to be pedestrian and cyclist friendly, designed also to be cooler than the surrounding desert.

People enjoying the swing ride installed inside a cooling tower on the former site of a nuclear power plant that never went online. Wunderland Kalkar is an amusement park in Germany that receive around 600,000 visitors each year. Germany has embarked on an energy revolution and aims to be green powered by 2050. Fear for nuclear power grew in the country after Japan’s Fukushima accident–all German nuclear power plants will be shut down by 2022. 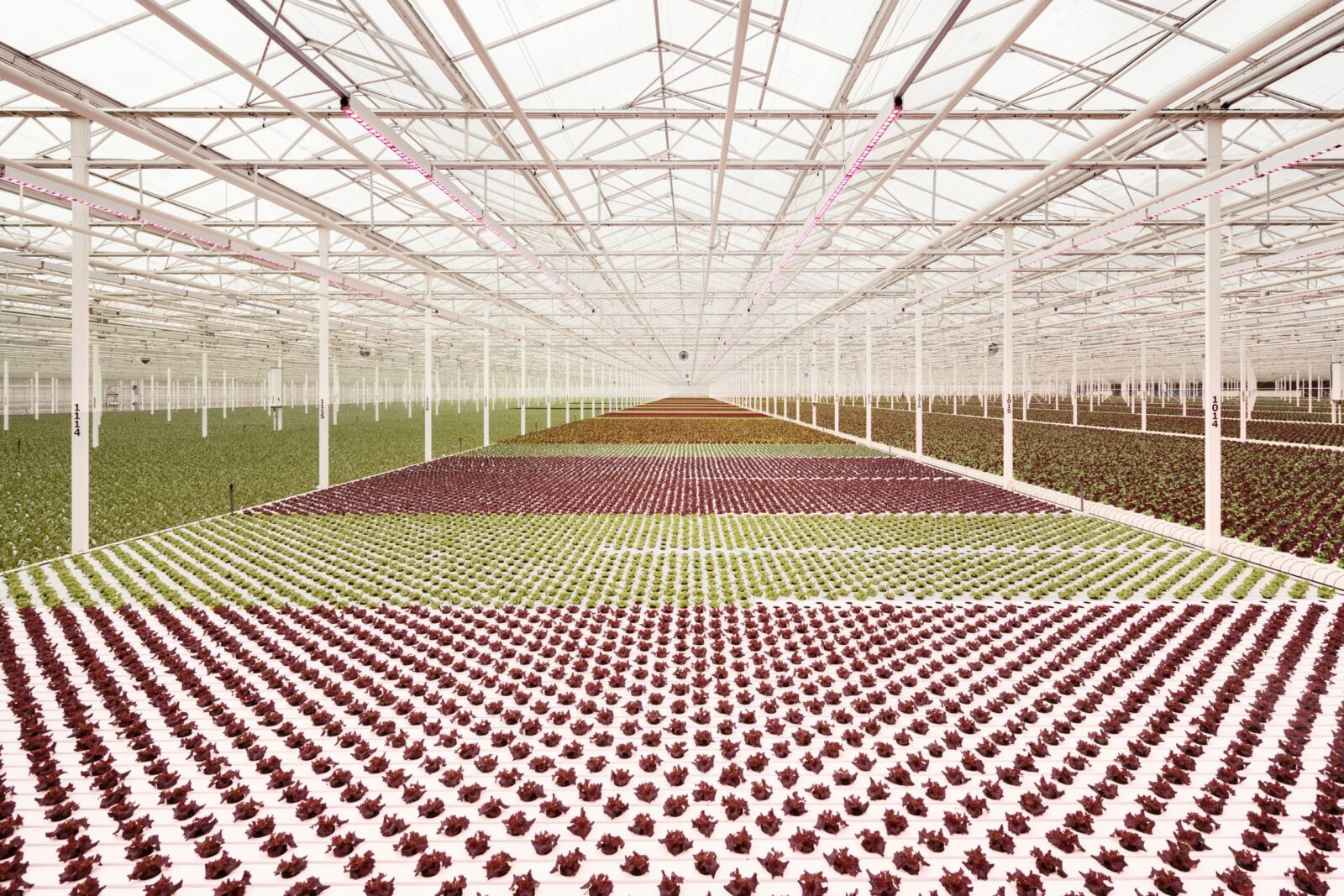 One of the biggest and most modern greenhouse. It grows lettuce of different types, produces 10 times more than traditional agriculture, use 95% less of water and no pesticides or other chemicals product are used. Technology is applied here in order to produce more with less.

This ultramodern building is the home of CopenHill, in Copenhagen, which claims to be the world’s cleanest waste-to-energy plant. It was designed by architect Bjarke Ingels, who incorporated a ski slope and a hiking path on its roof, turning the plant into a public gathering space. The plant can burn through 70 tons of trash each hour, producing hot water and energy for 120,000 households in the city, and its filtration system clears the pipe discharge of pollutants.